When trying to get some nightime skyscape images from a beach on Sanibel Island in Florida, I slowly became aware of a diffuse light brightening the sky behind the clouds. It took me a while to convince myself it was real, but when my eyes adjusted to the darkness I became more and more convinced that it was. At first I couldn’t make sense of it at all – for a moment I was just thinking, it surely isn’t an aurora as it was in the south-west sky.

Only when I reviewed the images on the camera display I realized that this is the zodiacal light. I found this quite amazing, as at the latitude where I live it is only visible in autumn and spring. In Florida which is much closer to the equator it is also visible in winter due to the high angle of the ecliptic with the horizon.

END_OF_DOCUMENT_TOKEN_TO_BE_REPLACED

Today I got up at 4:30 to drive up to the Bödele, a nearby mountain pass. Luckily the weather predictions was right and the sky turned out to be very clear. 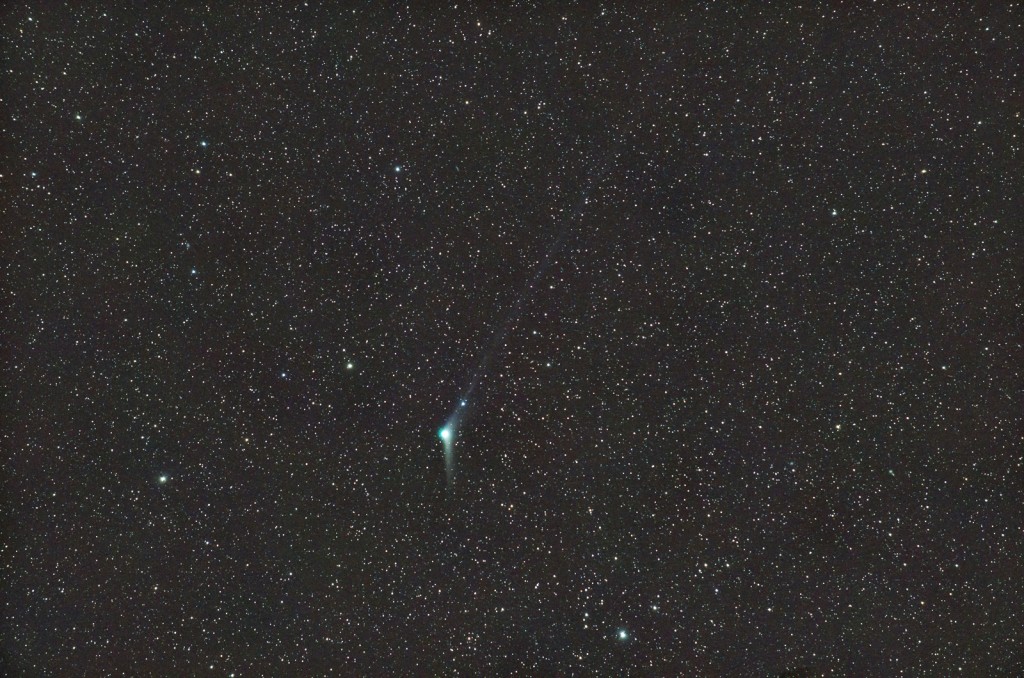 END_OF_DOCUMENT_TOKEN_TO_BE_REPLACED

A test of wide-angle lenses for astrophotography on FX format. The shots were taken from suburban conditions, the camera was mounted on a static tripod without guiding. The left image is always the full frame, the middle one is the center, and the right one is the upper left corner of the image. END_OF_DOCUMENT_TOKEN_TO_BE_REPLACED 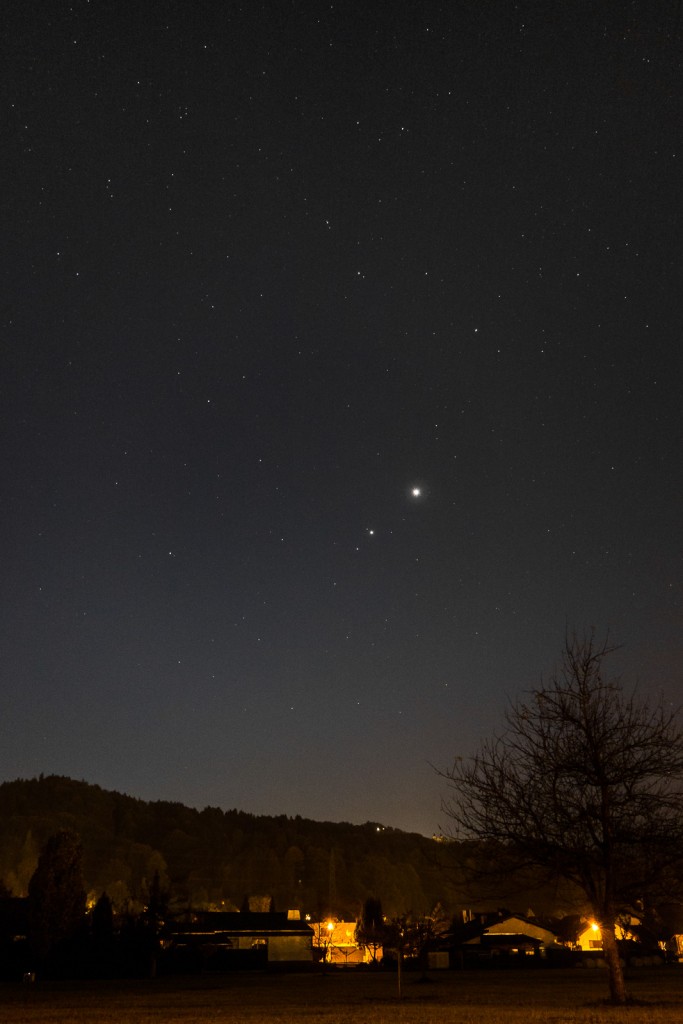 Venus, Jupiter and Mars are lined up below the constellation Leo

In October 2015 four planets line up in the morning sky for a very beautiful display. Mercury is hidden below the horizon in this picture. END_OF_DOCUMENT_TOKEN_TO_BE_REPLACED

Yesterday afternoon I decided to do some simple astrophotography high up in the mountains. I chose the Cavalljoch as the view to the south is unobstructed. My backpack was way too heavy, but somehow I managed to trek from Schattenlagant to the Cavalljoch. The night was the darkest night I ever experienced. M13 was clearly visible with indirect vision with the unaided eye. END_OF_DOCUMENT_TOKEN_TO_BE_REPLACED

Currently Venus and Jupiter are pairing up for a brilliant conjunction in the evening sky, here are some images: 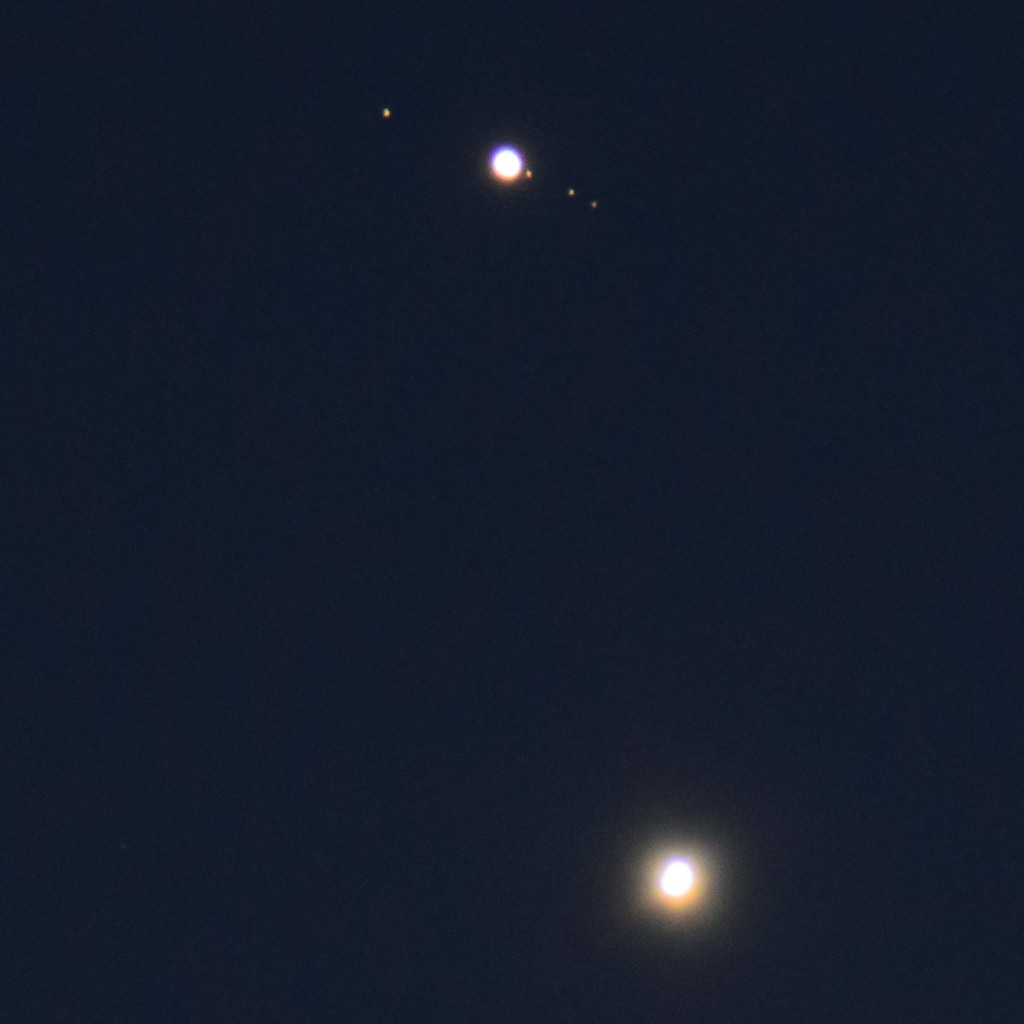 END_OF_DOCUMENT_TOKEN_TO_BE_REPLACED

The VAA, my astronomy club acquired a Canon EOS 60Da for astrphotography together with a Samyang/Rokinon/Walimex 85mm f/1.4 lens, here are some first results. Accidentially I forgot to use the RAW setting, therefore all images were acquired as JPEG… END_OF_DOCUMENT_TOKEN_TO_BE_REPLACED

The Moon, Venus and Aldebaran were grouped nicely in the evening sky above the Lake of Constance on April 21st 2015: END_OF_DOCUMENT_TOKEN_TO_BE_REPLACED

After work I rode my bicycle towards Liechtenstein (a very small country next to Vorarlberg, the Austrian province where I live in), to catch the Mercury/Venus conjunction next to the Egelsee. As I only had my RX100 compact camera with me, the focal length was rather limited. To pass the time for the sky to darken I took some shots of the pond.