A test of wide-angle lenses for astrophotography on FX format. The shots were taken from suburban conditions, the camera was mounted on a static tripod without guiding. The left image is always the full frame, the middle one is the center, and the right one is the upper left corner of the image.

A few years ago I did a similar test on DX using different lenses: http://salzgeber.at/articles/lens_test/nikon.html

Click on the thumbnails to get a bigger view. 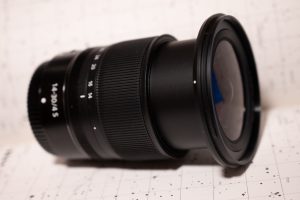 This turns out to be another excellent lens for the Nikon Z System. The stars in the corners show even less aberrations than the 85mm S or the 24-70mm S lenses. At f4 it seems a bit difficult to focus, but in my attempt I consistently achieved good focus. Vignetting is quite obvious. At f/4 it is not as fast as a typical astrophoto lens, but the image quality is way above the other wide angle lenses I tested, it is much better than the 20mm f/1.8G stopped down to f/4.

I was a bit disappointed when I found a little bit of coma in the corners of the images with this lens, but compared to others it is actually the best lens I ever tested on the night sky, and as I am writing this, it is out under the stars, capturing light from the night sky. 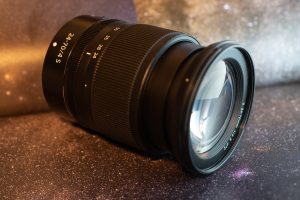 As this lens is often the first lens bought with or for a Nikon Z6 or Z7 this is also referred to as a kit lens. The images show that aberrations are very well controlled across the frame fully open at f/4. 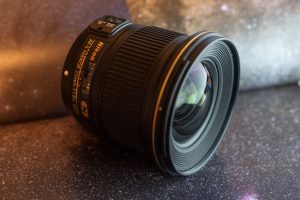 My most used wide angle astrophotography lens, with it’s short focal length you can get away without a tracking mount for landscape astrophotography. I use it most often at f/2.2 where vignetting is already a bit reduced, and the stars in the corner are acceptable to me.

The 300mm PF is a very sharp, lightweight lens. I like it a lot for photography of insects and reptiles. The PF element results in some light scattering around bright stars in astrophotography, this is why I do not use it a lot on the night sky. Apart from the scattering it is almost perfect, even fully open at f/4. (The test shots were taken at f/4.5)

35mm is a focal length that brings out quite a bit of detail in the milky way. 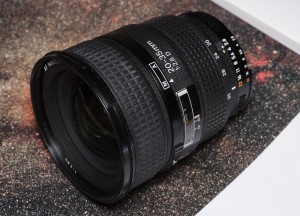 An old design from the 1990s, it shows coma and chromatic aberration. 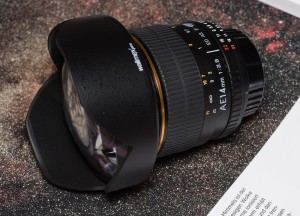 The lower right corner is actually much better,  some of those lenses are a bit decentered. I think this is not only true for third party lenses, the 20-35 also shows quite differing quality in different corners.

This is actually a DX lens, but from 18mm to 24mm it also works quite ok on FX format. 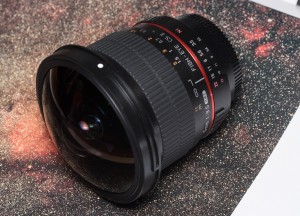 On DX it is a full-frame fisheye, on FX the image circle can be seen partly. For astrophotography purposes I actually like this lens better on DX, I use it on FX for virtual 360° panoramas. 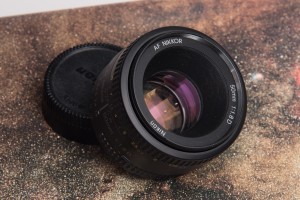 For decades this focal length was considered “standard” and many cameras were sold with a 50mm lens. Optically it is a quite simple design, yet quite fast. At f/4 it is very usable for astrophotography. On DX it is also useful for portraiture.

This is my favourite portrait lens, but it is also plenty sharp, and while it has issues with chromatic aberration and coma when used wide open, it is very good for astrophotographical purposes at f/4. 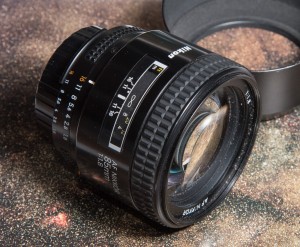 A consumer oriented FX Zoom is not really made for astrophotography, but I think it is still quite usable. The corners have quite strong light fall-off, and coma is clearly visible. Therefore cropping is advised for critical image quality. Live focus is of course more difficult, as the maximum aperture is only f/3.5 at 24mm and f/4.5 at 85mm. 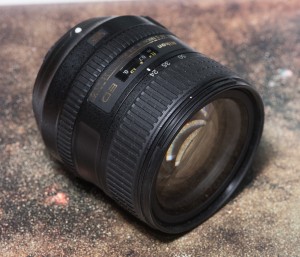 This is a very old lens from about 1979 but it is plenty sharp and shows only mild coma and a gradual light fall-off. The maximum aperture makes this lens not very desirable for astrophotography, but it is better at f/3.5 than the AF-D 50mm at f/4. 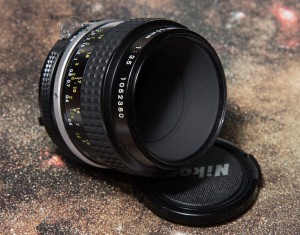 Even though this lens is also quite old, it seems that the optical design is very similar to the AF-D 50mm lens. As these manual lenses can be had very cheaply, and you will not use autofocus for astrophotography this is a great light-weight addition for any astrophotographer. With 50mm focal length, the lens is suitable for constellation shots. 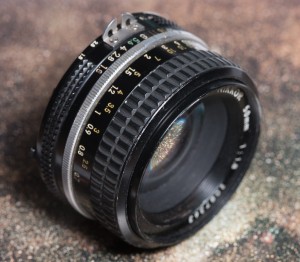 This is probably the best Nikon lens I ever had, it is very sharp already wide open and shows very little optical abberrations in the corner. It is much better for astrophotography than the 180mm f/2.8 I had before. 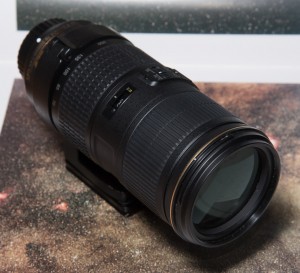