The region around the bright crater Aristarchus is a favorite part of the moon for me.

This is a detail from the image below, the terracing on the inside of bright Aristarchus is sligthly visible. The Schröter Valley is a channel created by lava flows.

Right next to Aristarchus is the winding Schröter Valley, the whole Aristaruchus Plateau is raised by volcanic forces and has a brownish tint in color images or when viewed directly at the eyepiece. Click on the image below to view an larger version. 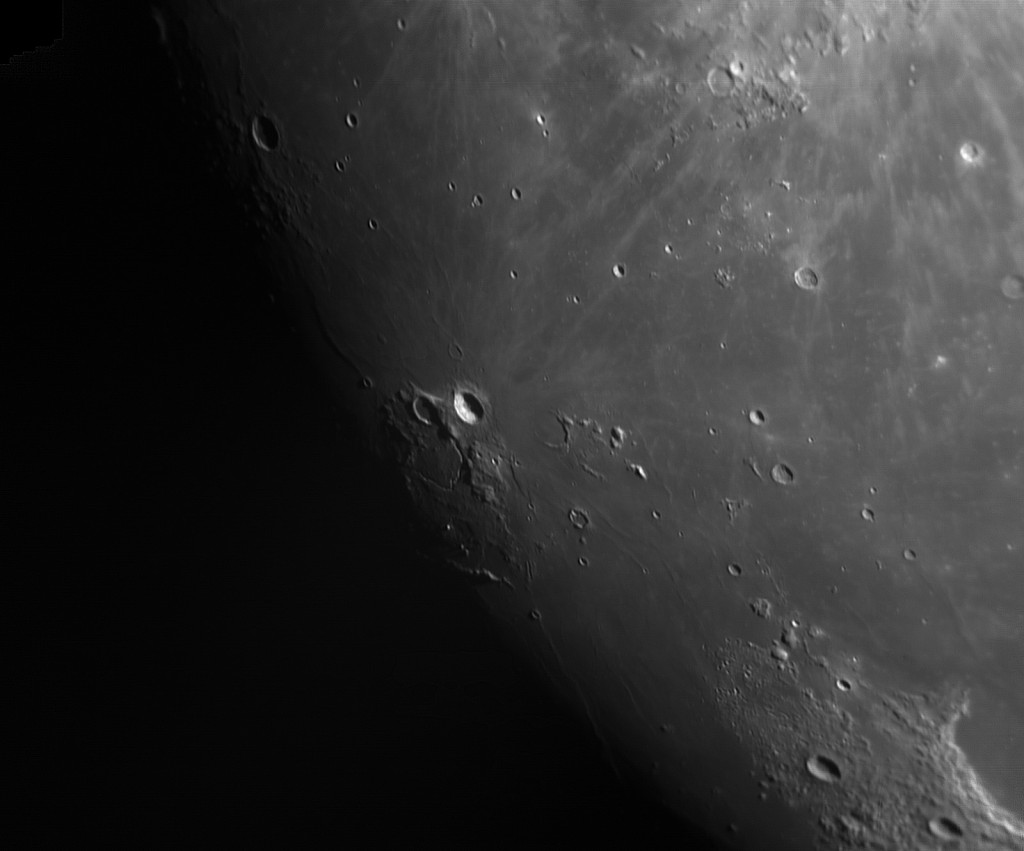 Another detail of the image above, the pockmarks are actually called Marius Hills and are volcanic domes in the vicinity of the crater Marius.

A view of the south polar region on the moon: 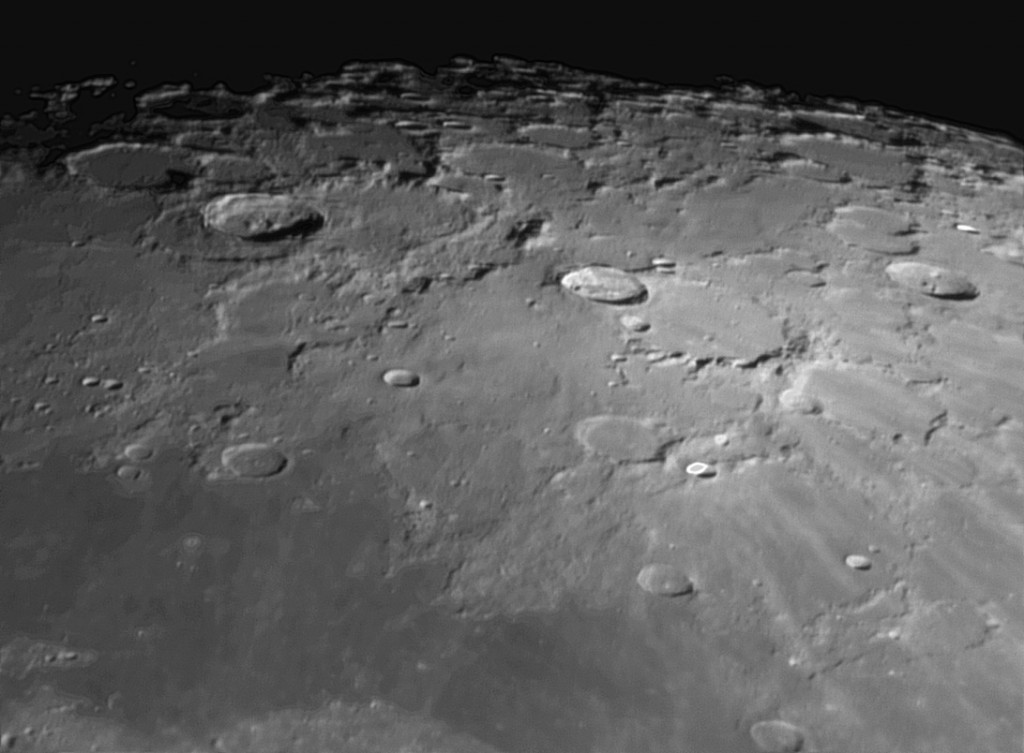 The same image above with the major craters labelled