At the beginning of the evening, a short session imaging Jupiter, then I switched over to some galaxies.

This is a short animation made from multiple AVI sequences:

At the start of the evening I captured Jupiter while it was still getting dark, the silhouette of the moon Callisto was visible on the lower left. 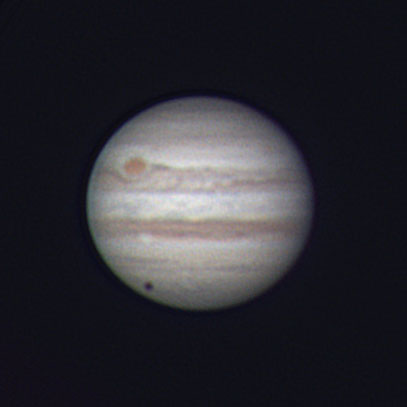 50 Minutes later the Great Red Spot had already rotated out of view, Callisto is now faintly visible to Jupiter on the lower left: 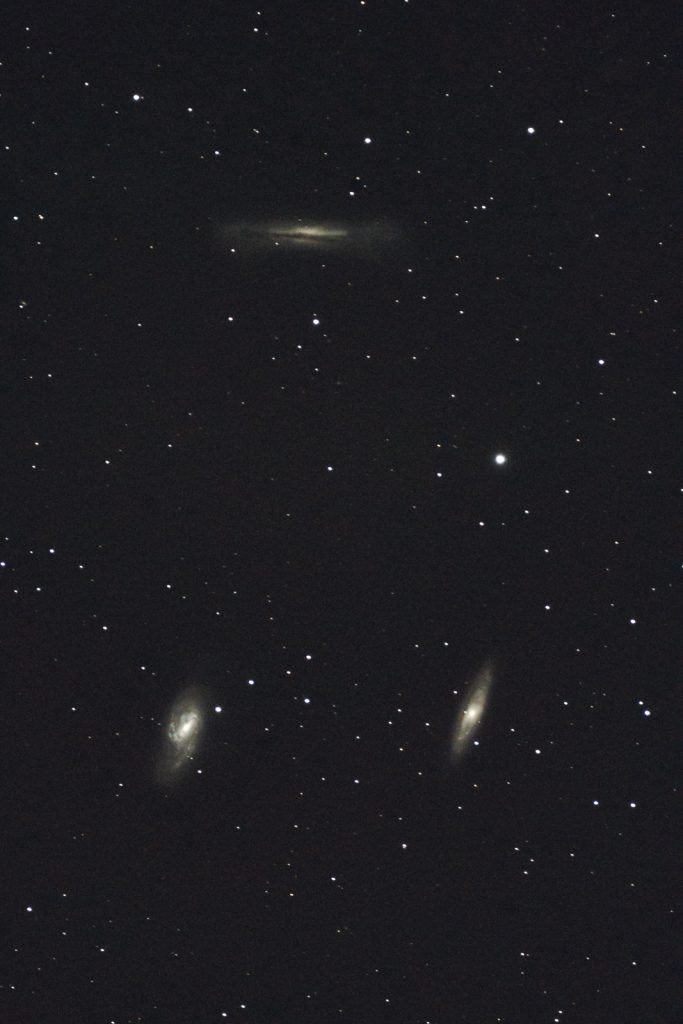 For reasons unknown the Backyard Nikon software only recorded a few instead of 30 exposures of the Leo triplet. Three of them were usable. 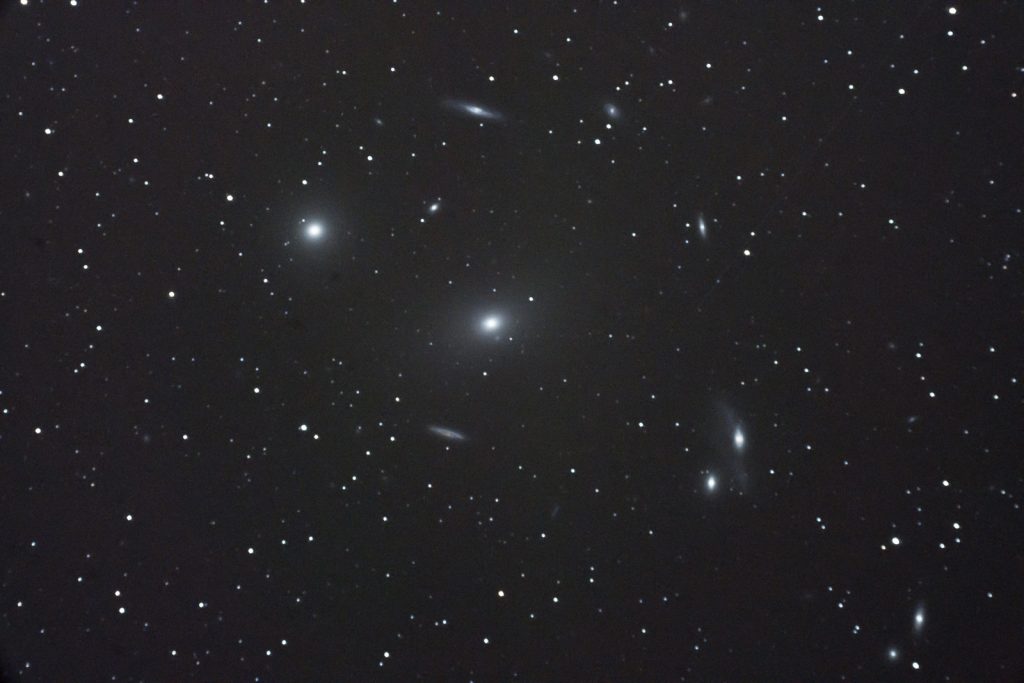 Either focus was off with this image or the seeing caused the bloated stars in this image.