All images on this page were taken with a QHY5 (ALCCD5) camera using my 150mm Newtonian telescope.

A 2x barlow lens and a right angle prism were used to increase the effective focal length. The resulting focal length was about 2000mm.
For each image, about 200pictures were processed using the Registax software. 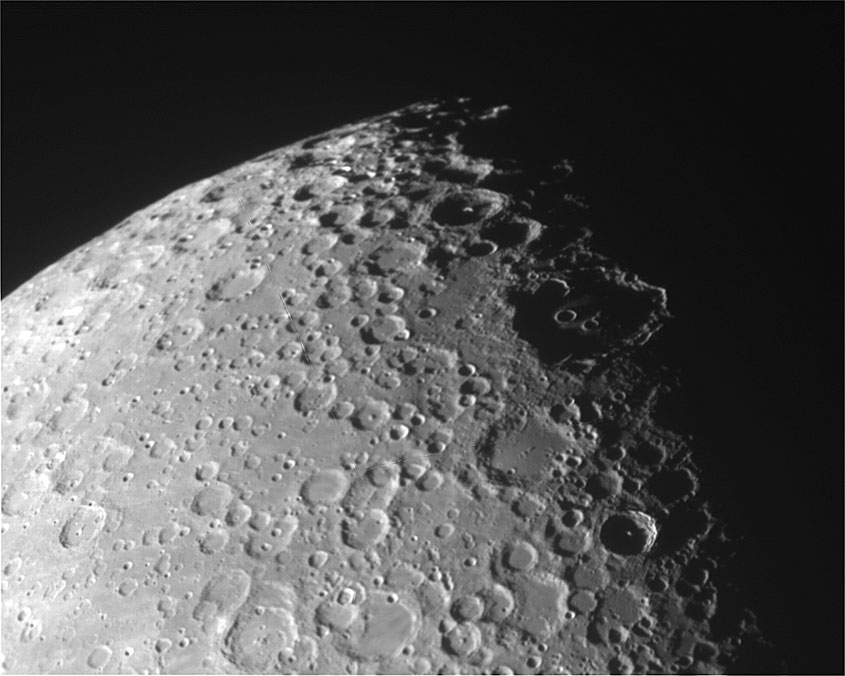 The floor of the crater Clavius is still in shadow, whil it’s rim and some of the interior craters are already getting a first glint of sunlight. 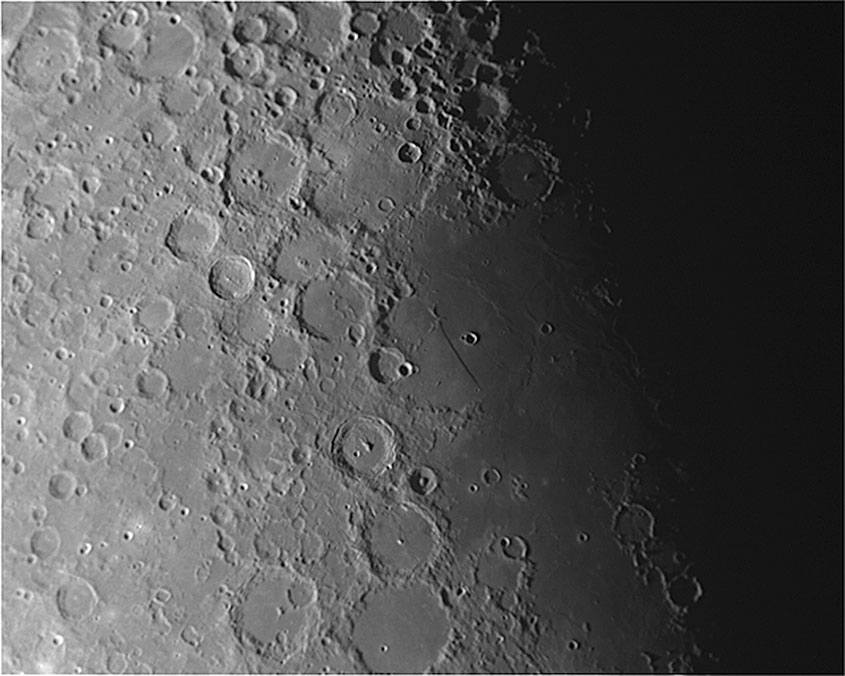 The linear feature in the center of the image above is called the Straight Wall, Rupes Recta in latin. In reality it is a slope, but the low angle of sunlight creates a dramatic shadow. To the right of the Straight Wall is the crater Birt, from which the Rima Birt is slightly visible pointing to the lower right. 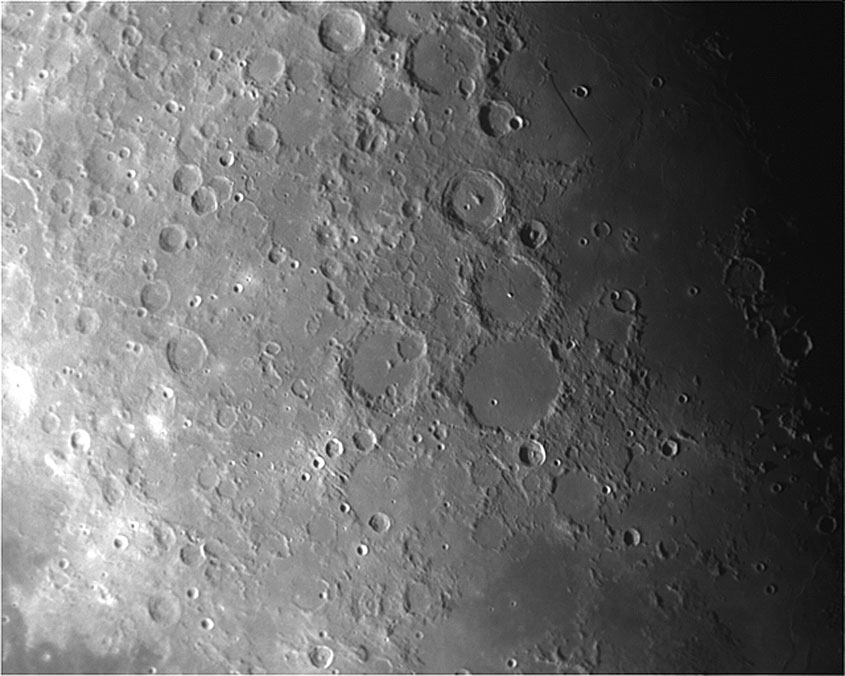 The middle crater of the trio pictured above is called Alphonsus, if you look at this crater’s rim, you will find three dark spots on the lava filled interior of the crater. The dark spots are volcanic ash deposits, which are very prominent when the sun is at a higher angle, i.e. on full moon. 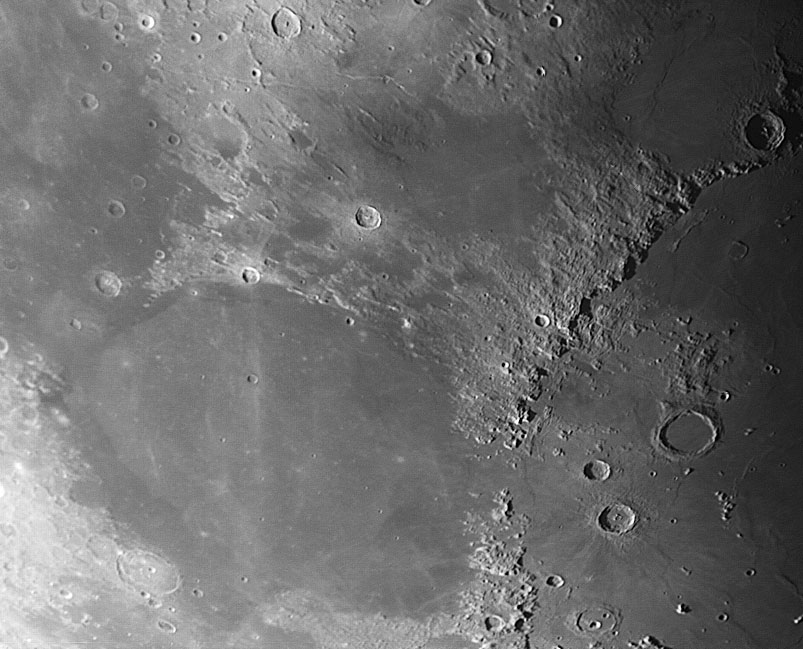 This image shows the mountain range called the Apennines. The big lava filled crater to the right of the mountains is Archimedes. The prominent single mountain on the lava plains below Archimedes is Mons Piton. Running through Mare Serenitatis at left is a bright ray, that runs right over the crater Bessel. Also take note of the dark edges of Mare Serenitatis.Near the top of the image you can see the Hyginus Rille. 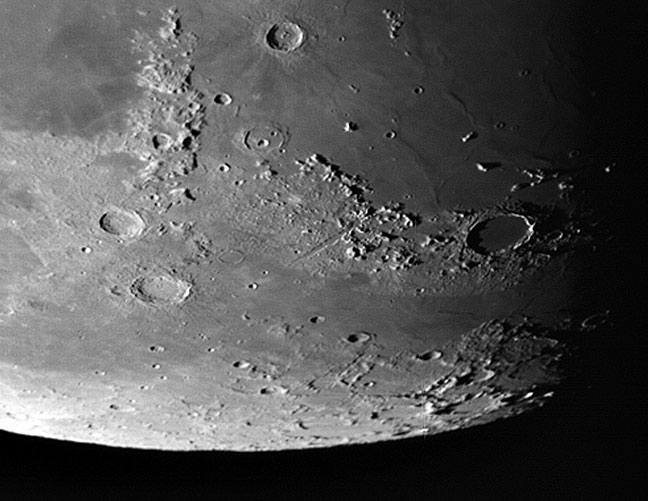 The dark, flat floored crater at right is Plato, it lies next to the lunar Montes Alpes, which are divided by the Alpine Valley.