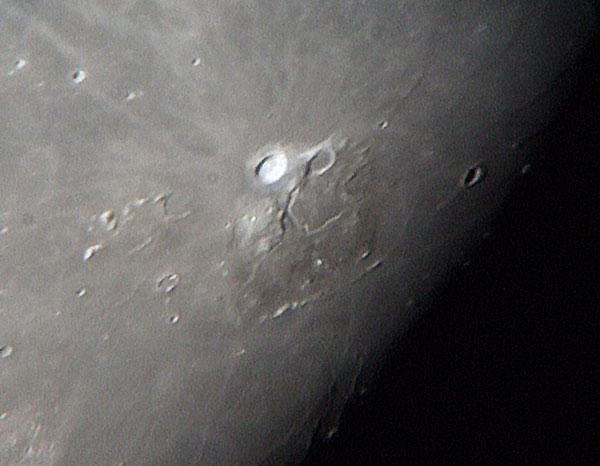 Aristarchus is the very bright crater near the center of above image. You can see the winding Schröter Valley next to it.
Around the valley is a slightly brown colored area, called the Aristarchus Plateau. 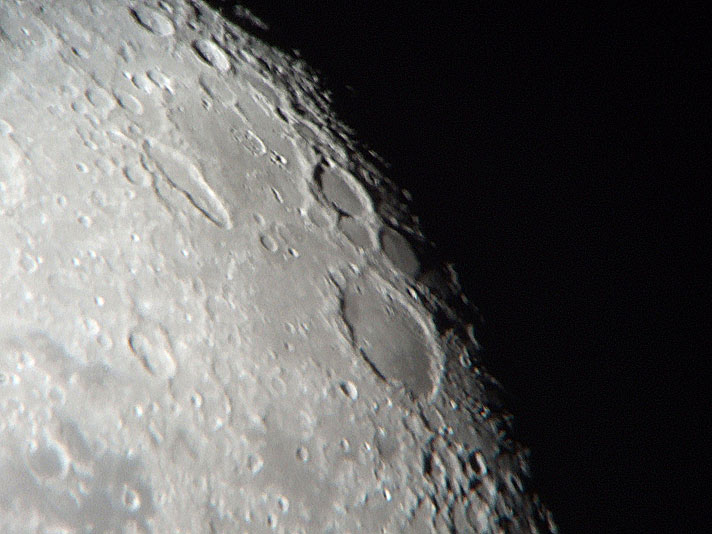 At the center of this image you can see a crater that seems to be filled to the rim, it is called Wargentin,
and is one of the better-known landmarks on the moon. To the upper left you can see the strongly elongated crater Schiller,
which was created by a very oblique impact. 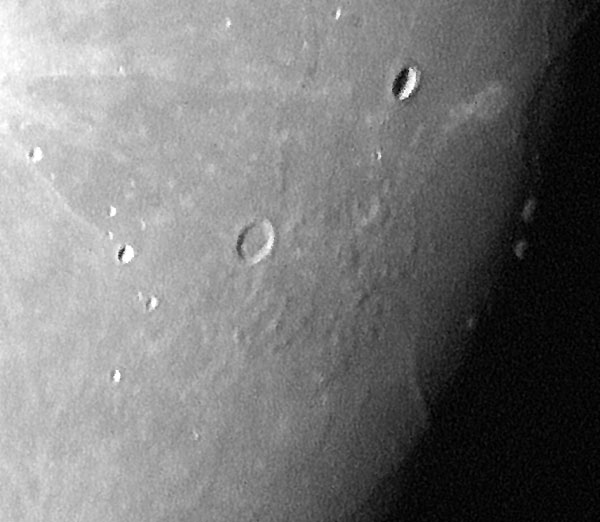 Next to the Aristarchus region are the Maius hills, which are slightly visible in the image above,
each of the small hills is acutally a shield volcano.
To the upper left of the Hills is the mysterious bright patch called Reiner Gamma.

All images on this page taken with a hand-held Fuji F-31fd through a 150mm Newtonian telescope using a 6mm LV eyepiece.