Another bright Comet Lovejoy with the designation C/2014 Q2 Lovejoy is grazing our skies these days.

The comet’s path takes it north next to the constellation of Orion, making it conveniently placed for nothern hemisphere observers.

Yesterday’s sky was a bit hazy as the temperature dropped quickly and humidity condensed in the air, additionally light pollution creates a bad gradient in the west of my home. 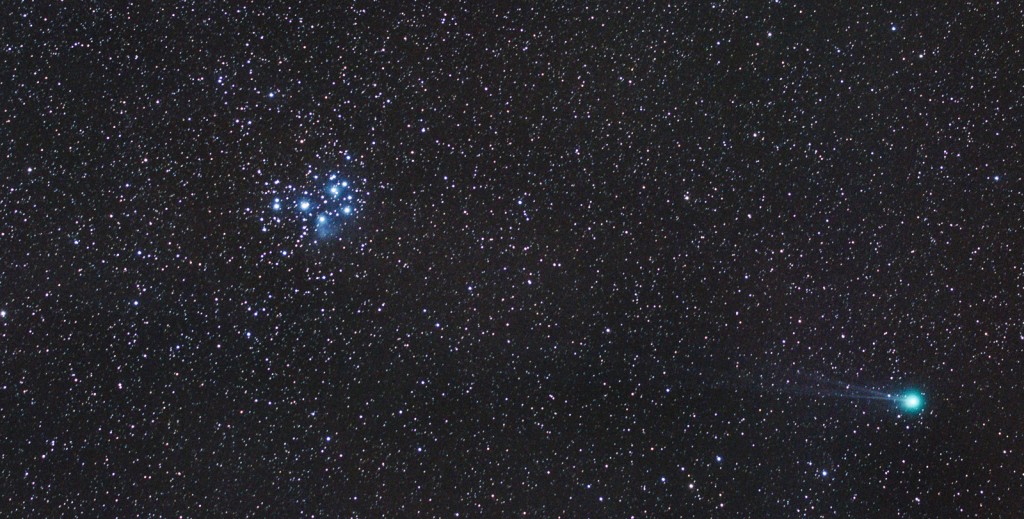 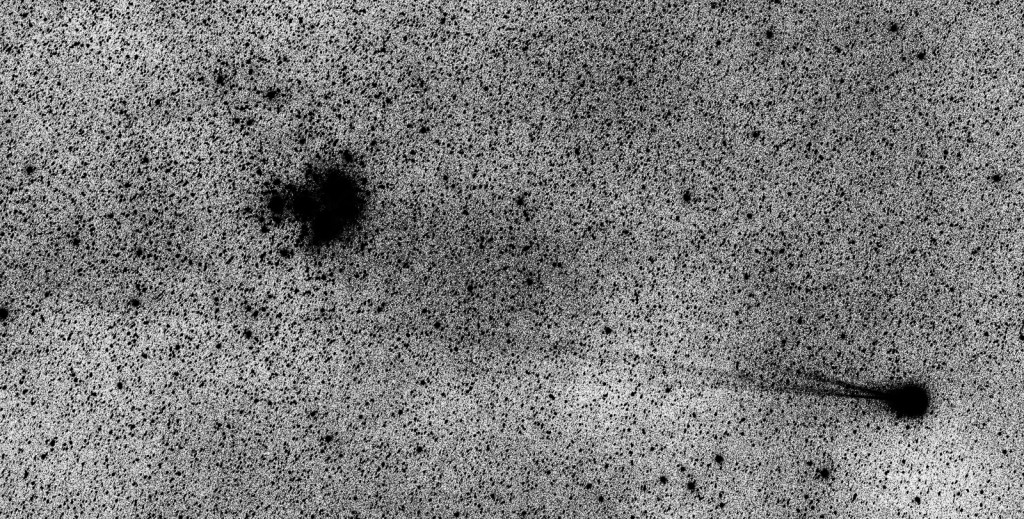 some more images shot between clouds…

After a sunny day some clouds rolled in, and so I was only catch fleeting glimpses of the comet between them. While I made dozens of individual exposures, I was only able to use three for this image:

Today I had some luck with the weather and also used the 80mm refractor to get some deeper images of the comet: 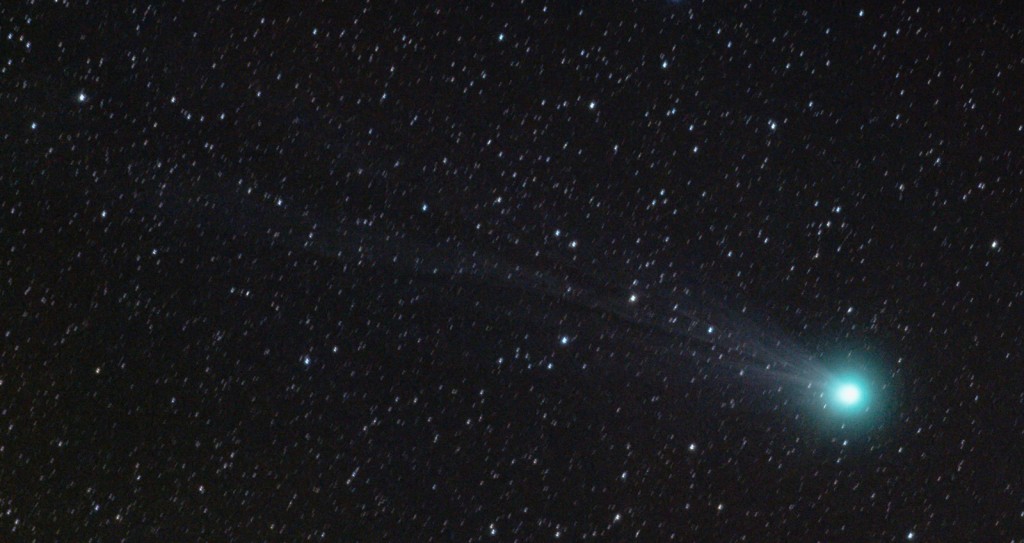 This is an animation of 25 individual RAW exposures of the comet moving against the starry background, the animation spans about 49minutes. 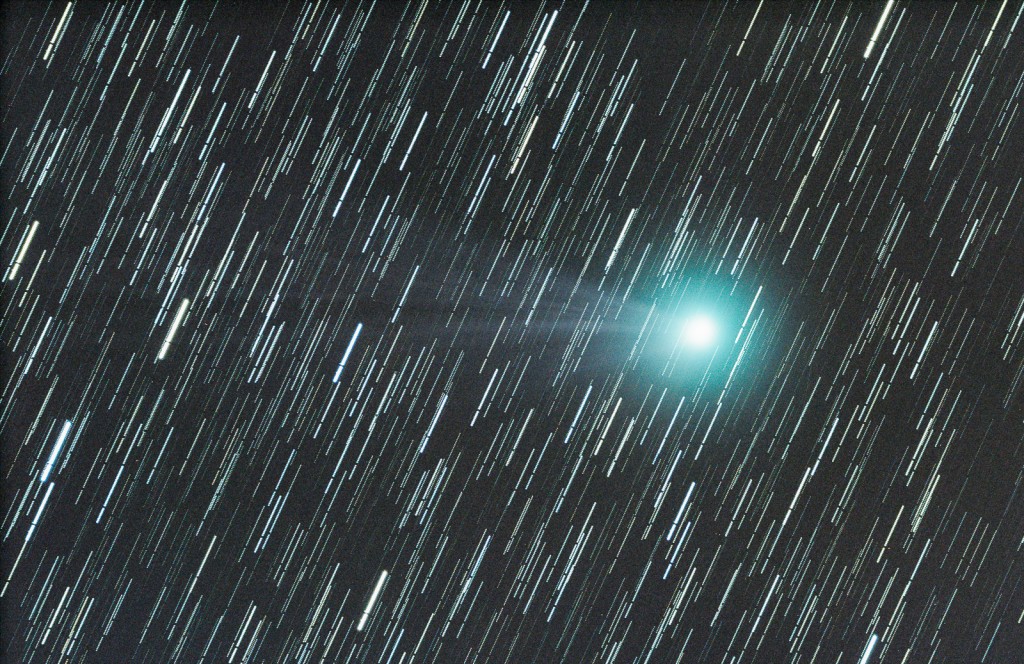 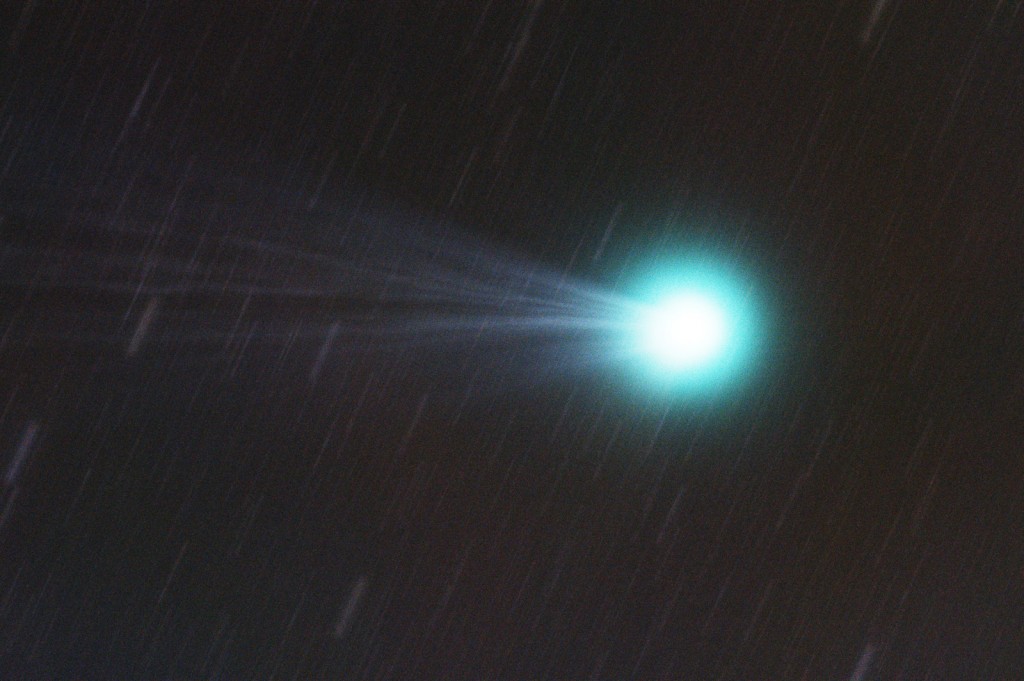 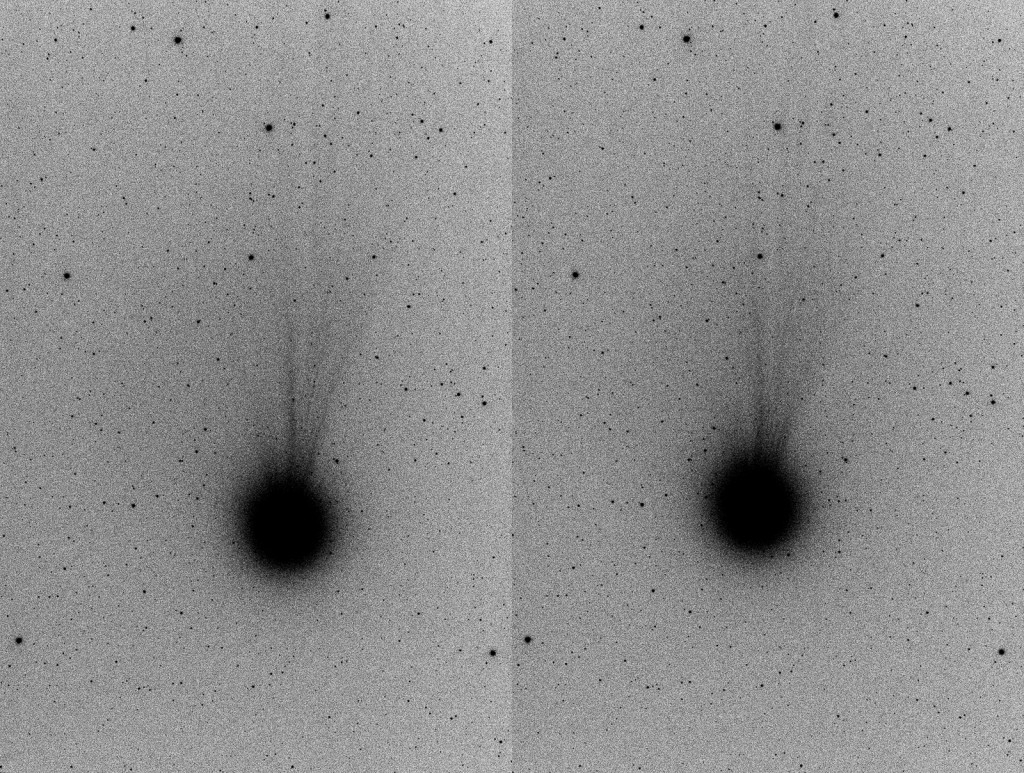 Over the course of 80 minutes the movement of Comet Lovejoy C/2014 Q2, is very obvious, some subtle changes in the tail are visible too

With the moon farther away from the comet, even clearer sky and 40 instead of 20 15 sec. exposures the tail becomes a bit better visible. 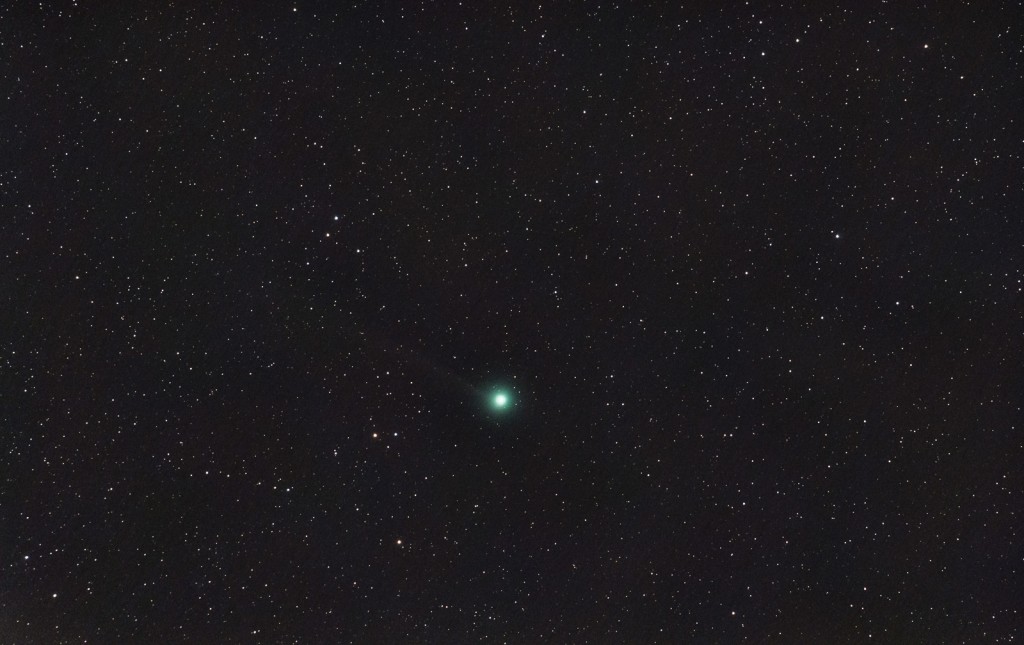 The nearly full moon was quite near the comet and brightened up the sky, so it was very difficult to tease out the tail: 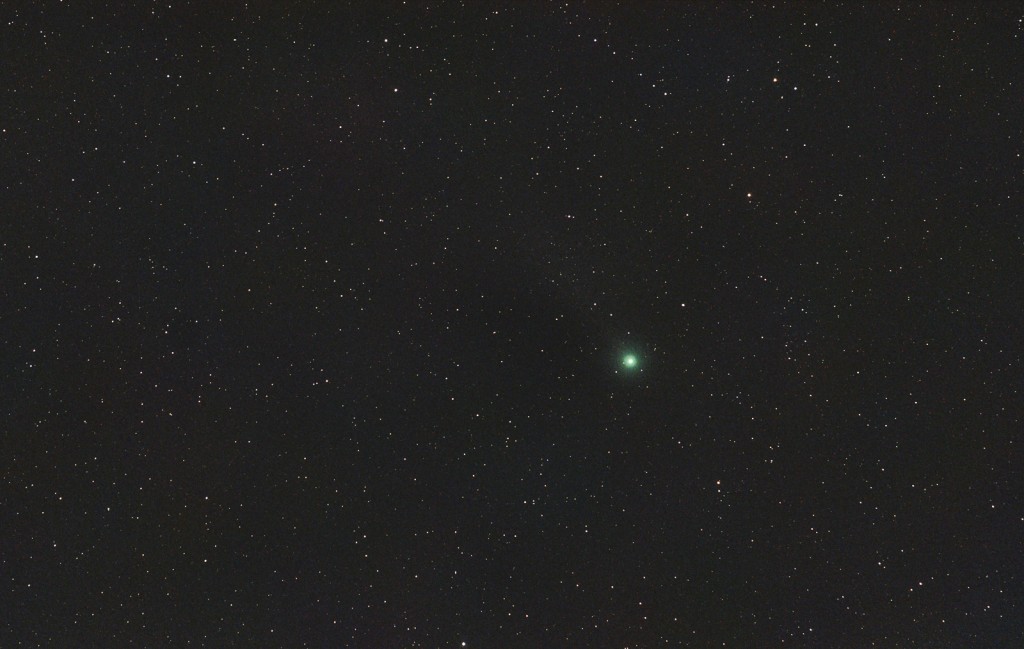 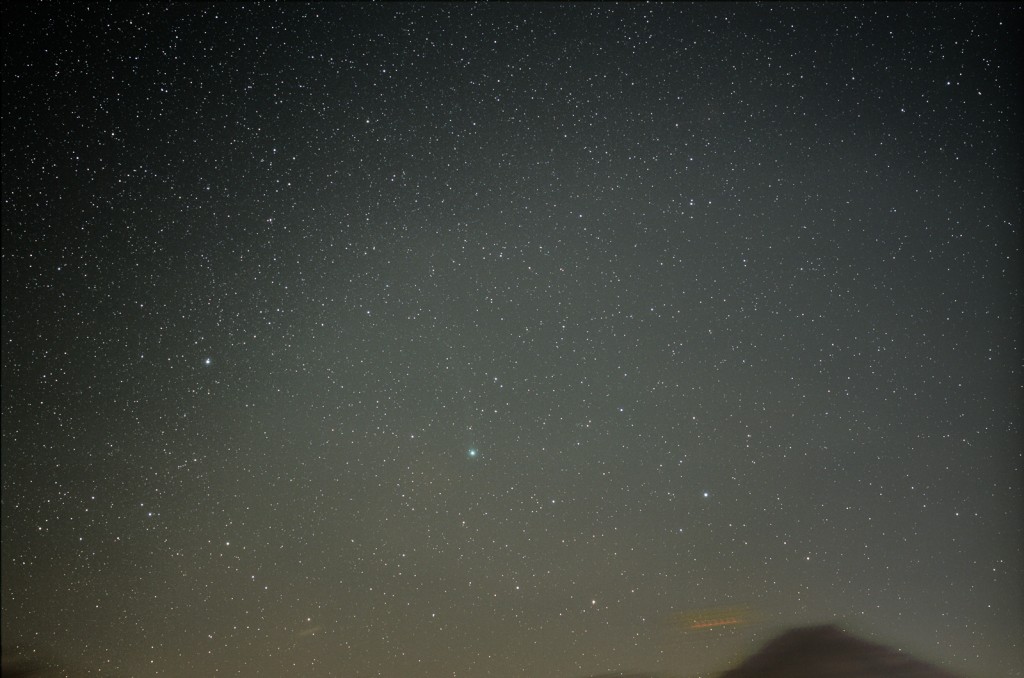 This fisheye image shows the amount of light pollution in my location: 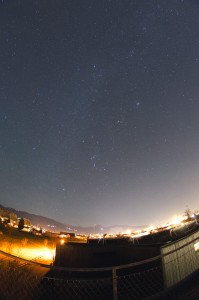