These images were taken on the 7th of April 2009 using my 150mm Newtonian telescope with a 2x Barlow lens, using a DMK21 camera: 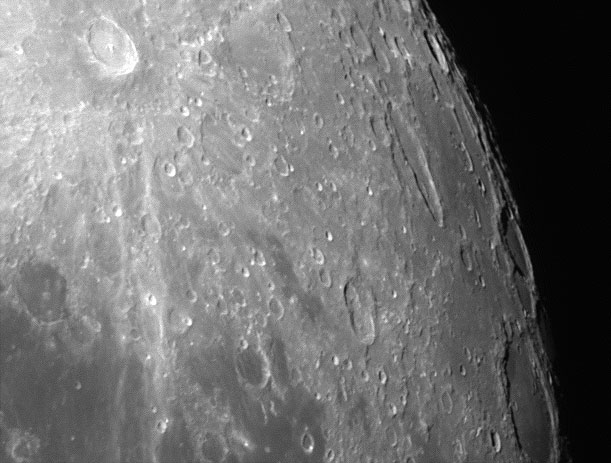 In this image you can find the Rimae Mersennius, Rima Hippalus (very weak), 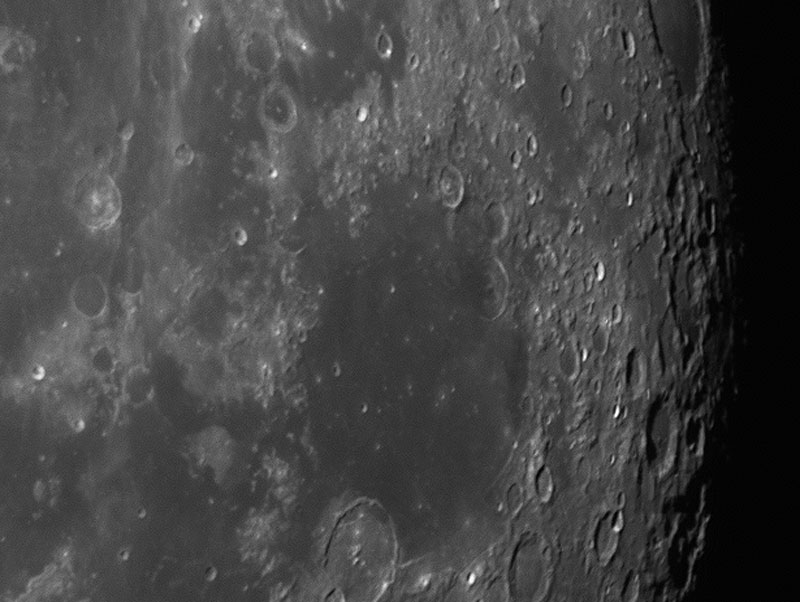 The biggest crater in this image is the floor fractured crater Gassendi, to the lower right of the image you can see the Sirsalis Rille and a “mouse” ;-) 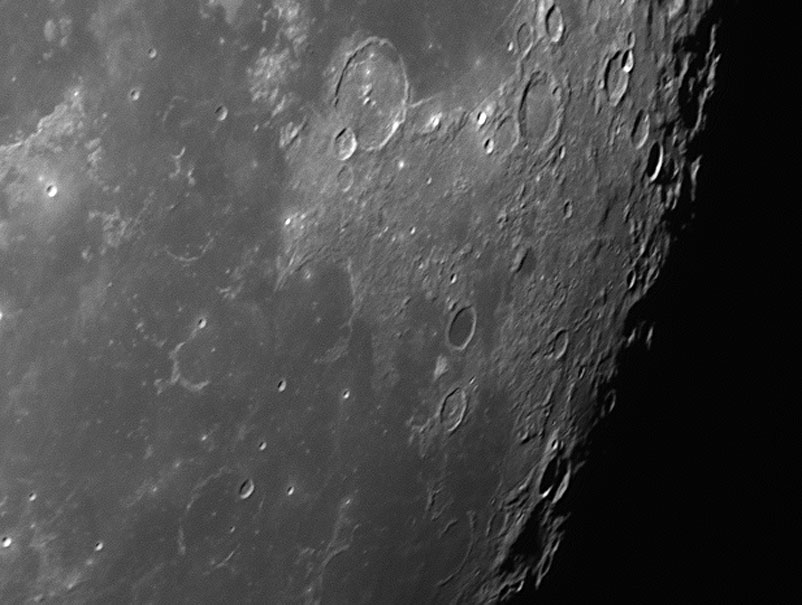 Kepler is the bright rayed crater in the upper half of the image in the lower portion of the image you can see the Marius Hills, a collection of volcanic domes, to the right of the hills is Reiner Gamma a mysterious patch of bright material that might be caused by a local magnetic anomaly. 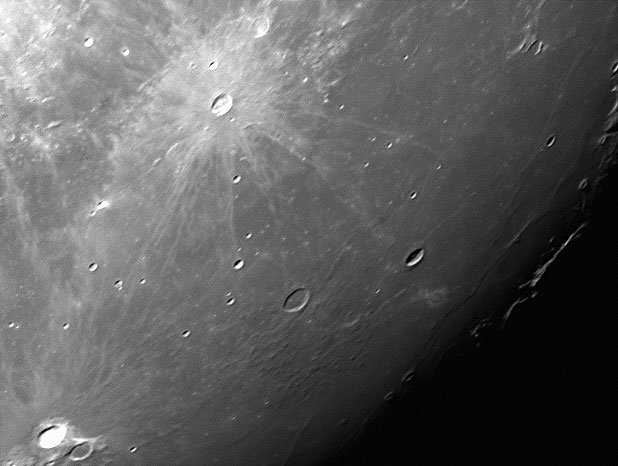 Mare Marginis is the collection of dark mare material visible near the edge of the moon in the upper left of the image. The very bright crater at the right lower corner is Proclus, it has a very conspicuos ray pattern which indiciates an oblique impact. 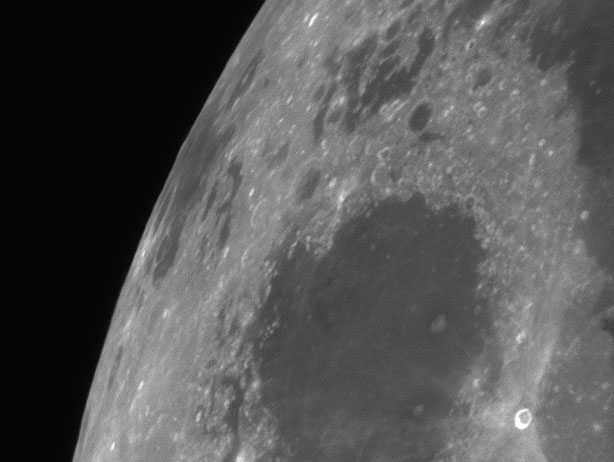 Aristarchus is the brightest part of the moon, it is overexposed in the image below. Right next to Aristarchus is the Schröter Valley, a sinuous Rille. In the lower left of the image you can see Mons Rümker sitting right on the terminator. It is the biggest volcanic dome on the moon. 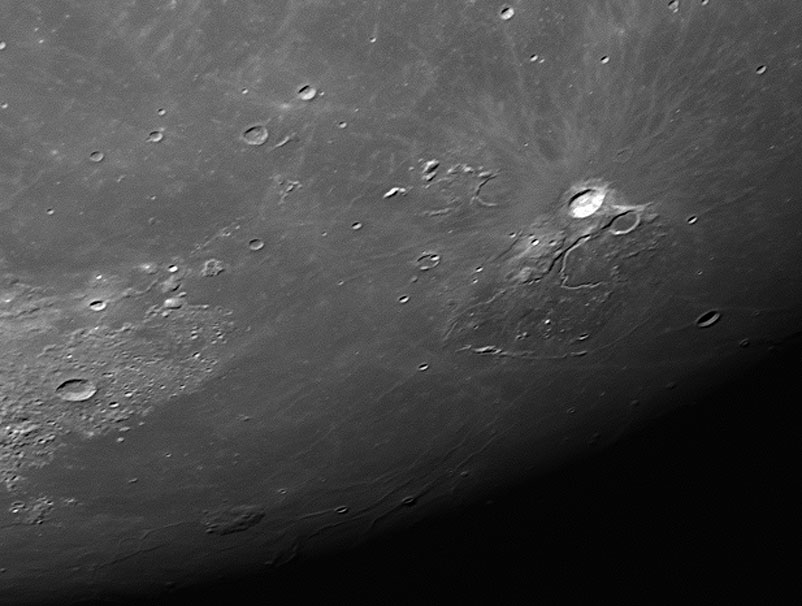 Click on the image below to view the full resolution version of a mosaic that is made from some of the pictures above: 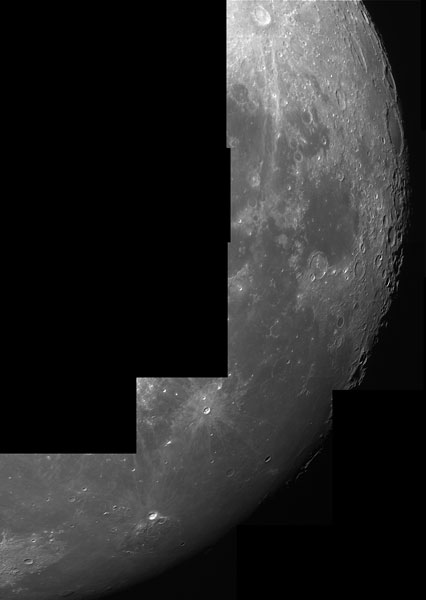