Me and my family spend the night of August 11th on the Gamserrugg mountain (2075m, 6811ft elevation) in Switzerland, where a friend works as the shepherd during summer.

My goal was to take images of the Perseid meteor shower. But the eastern horizon with the rising constellation Perseus was affected by light pollution, so I focused on the the milky way being clearly visible to the south. I started a sequence of images, with the camera tracking the sky using the Vixen Polarie star tracker. As the air was quite humid, and the temperatures were falling fast, dew was a major issue. On the frame with the Perseid next to the milky way the center of the image already showed some fogging, therefore blended the meteor image with an earlier image, which was unaffected by dew.

I also took images with another camera, so I did not spend a lot of time looking for meteors, but overall I saw about 20 perseids, and some sporadic. Most impressive were two really bright ones shooting vertically down to the already orange horizon during dawn.

I slept in my sleeping bag outside, at least I tried, I often awoke to check the sky for meteors, and at 5 a.m. I started to watch the dawn with a spectacular sunrise later. 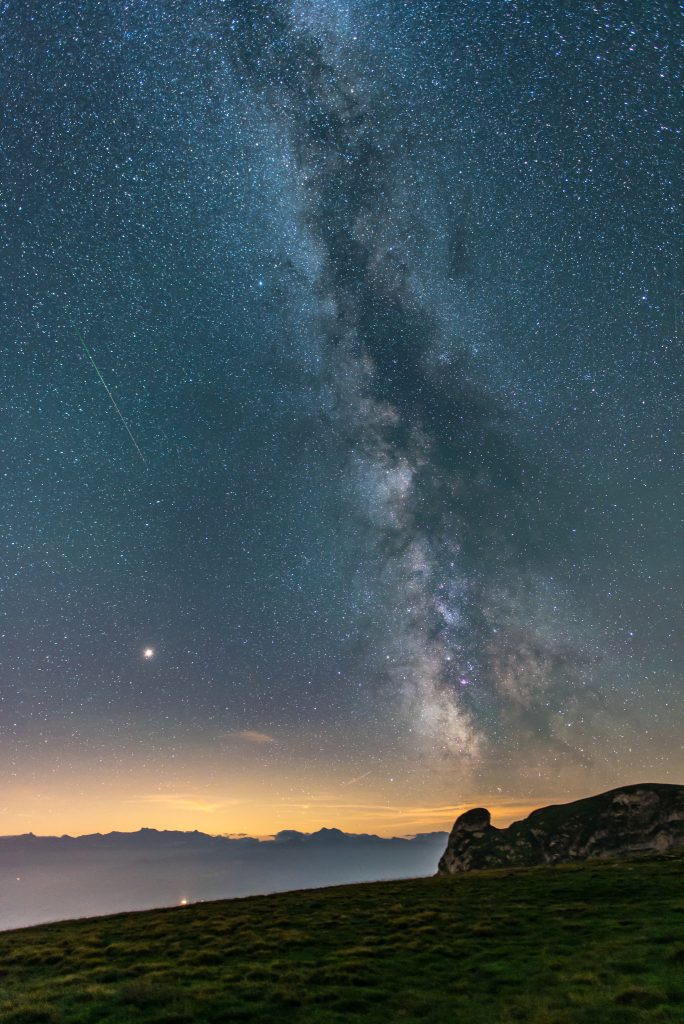 In addition to meteor photography I also took pictures of some nebula in the milky way and our neighbour galaxy: 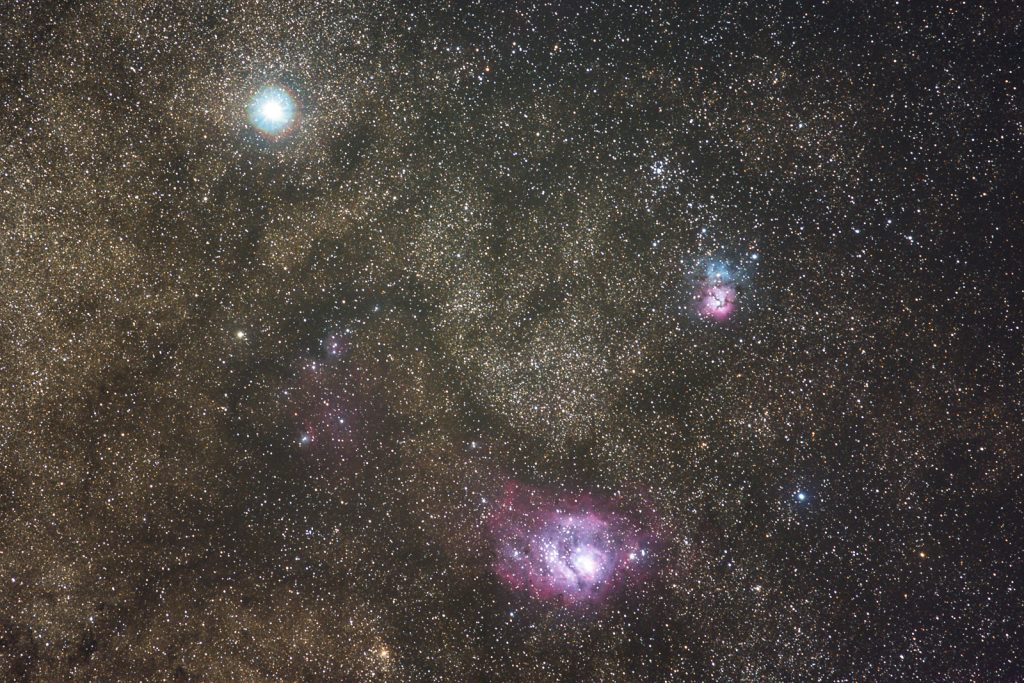 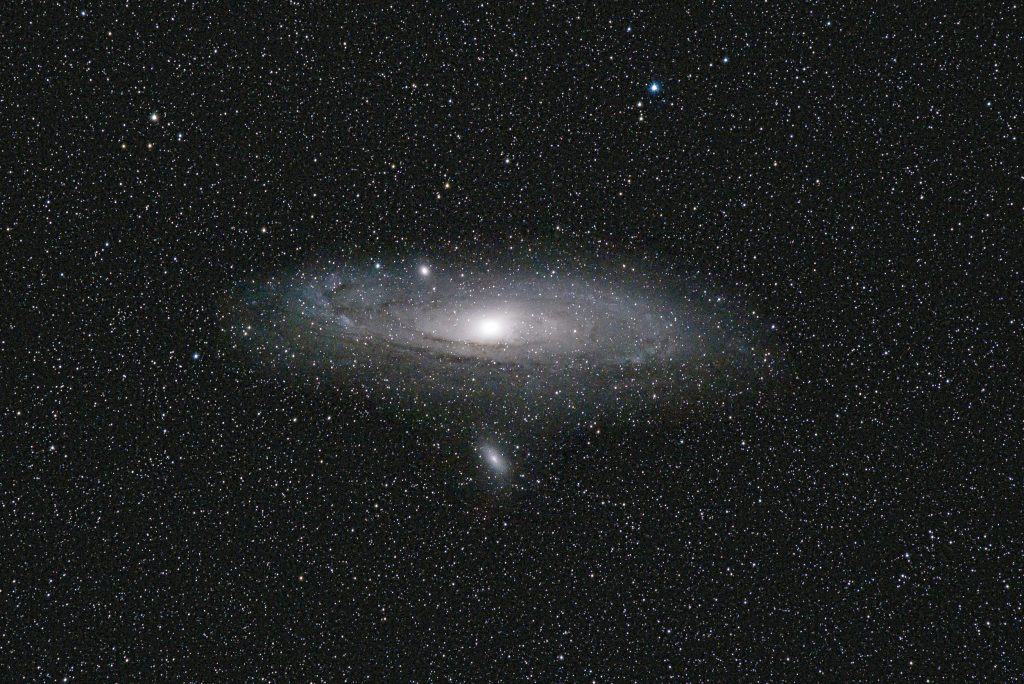 Some additional images taken during our hike and bivouac:

a few days earlier, I managed to capture this perseid and a sporadic meteor from home:

Two meteors, one perseid, one sporadic were captured by my camera today, composite of two individual exposures. Overall the camera did 398 exposures. 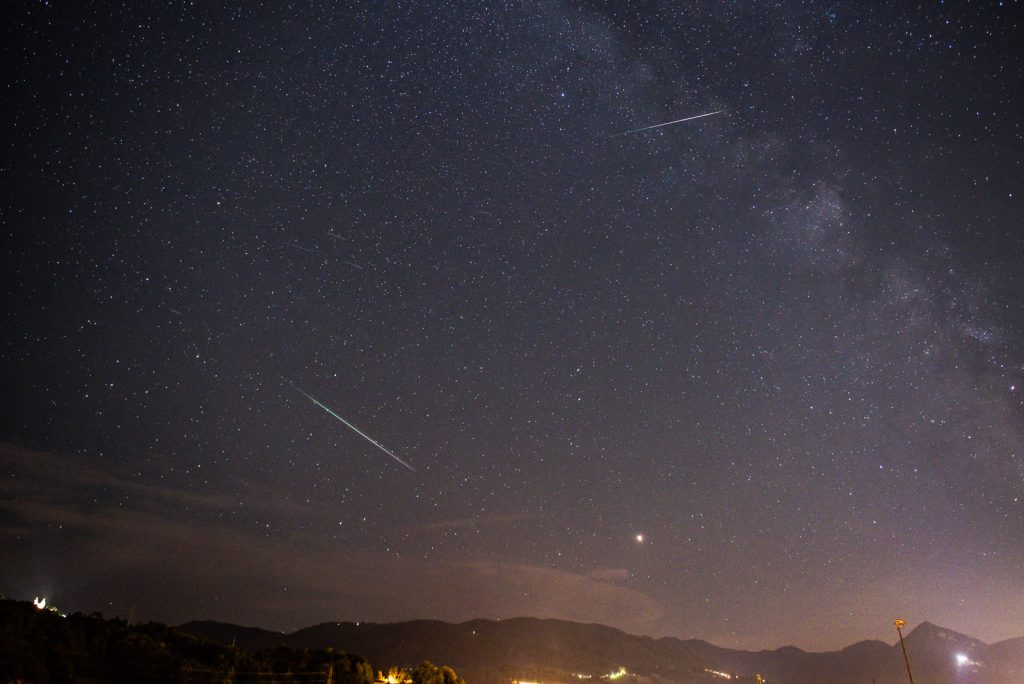