On November 5th I had the opportunity to do another test, this time using the 300mm lens, I also used the California Nebula as the target. 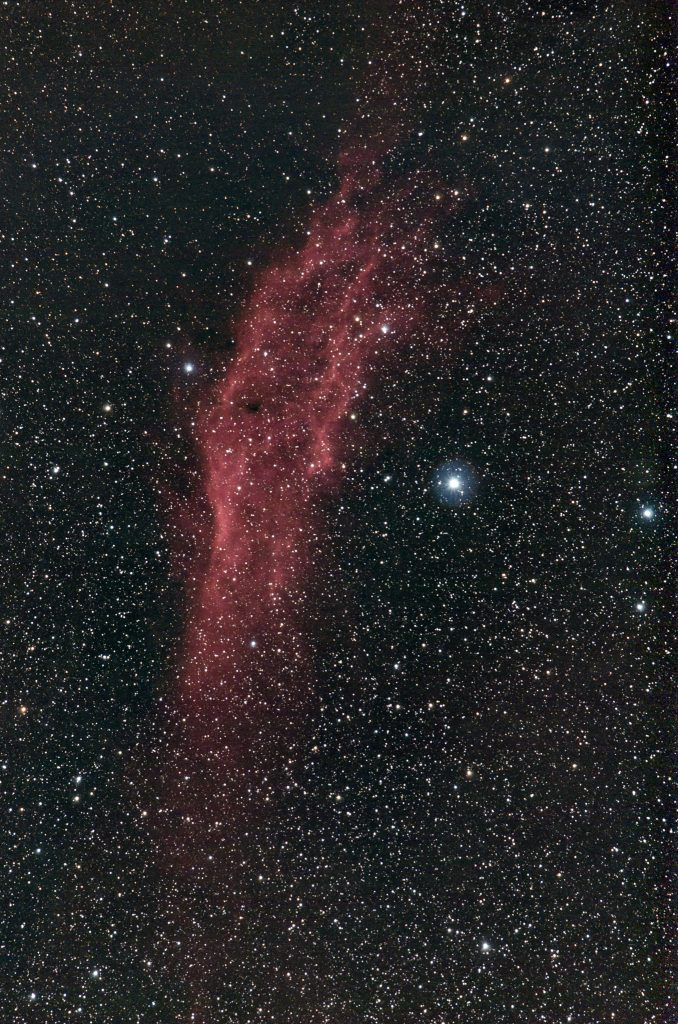 The California nebula is hydrogen gas which is irradiated by the intense UV radiaton from Xi Persei, the bright star near the center of the image.  It is about 1250 light years distant and is one of the intrinsically brightest and hottest stars visible to the unaided eye. It weighs in at about 40 solar masses. The surface temperature is a whopping 35000 Kelvin.

As Orion was rising, I took the opportunity to do a few exposures on the Horsehead region: 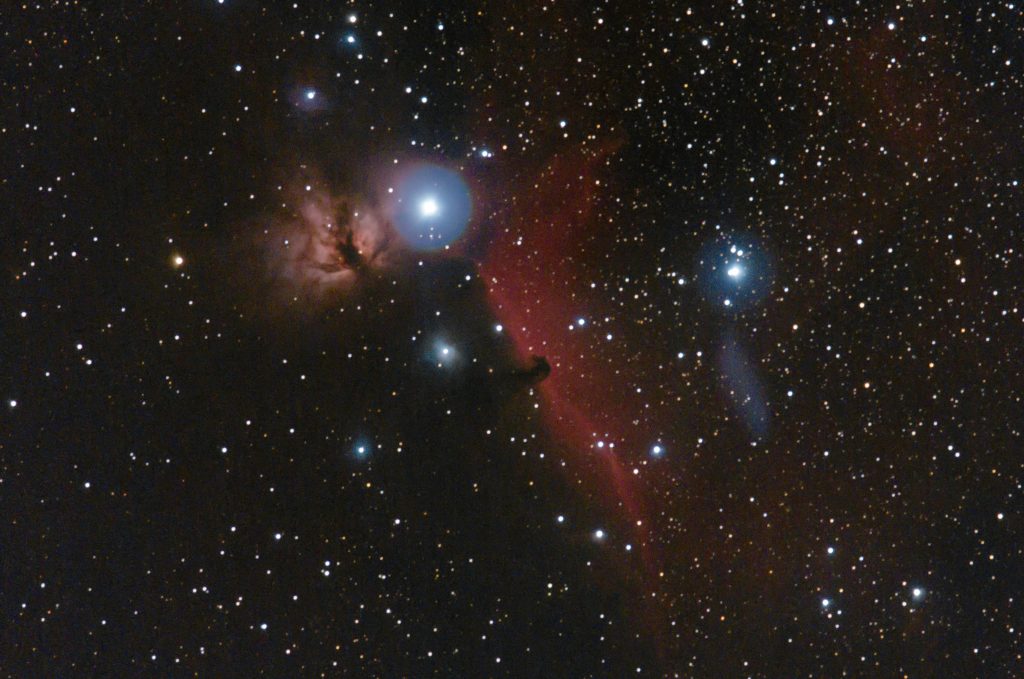 Quite surprisingly the sky became clear on November 1st, and I had the chance to test the freshly astro-modified Nikon D7000a on the sky. 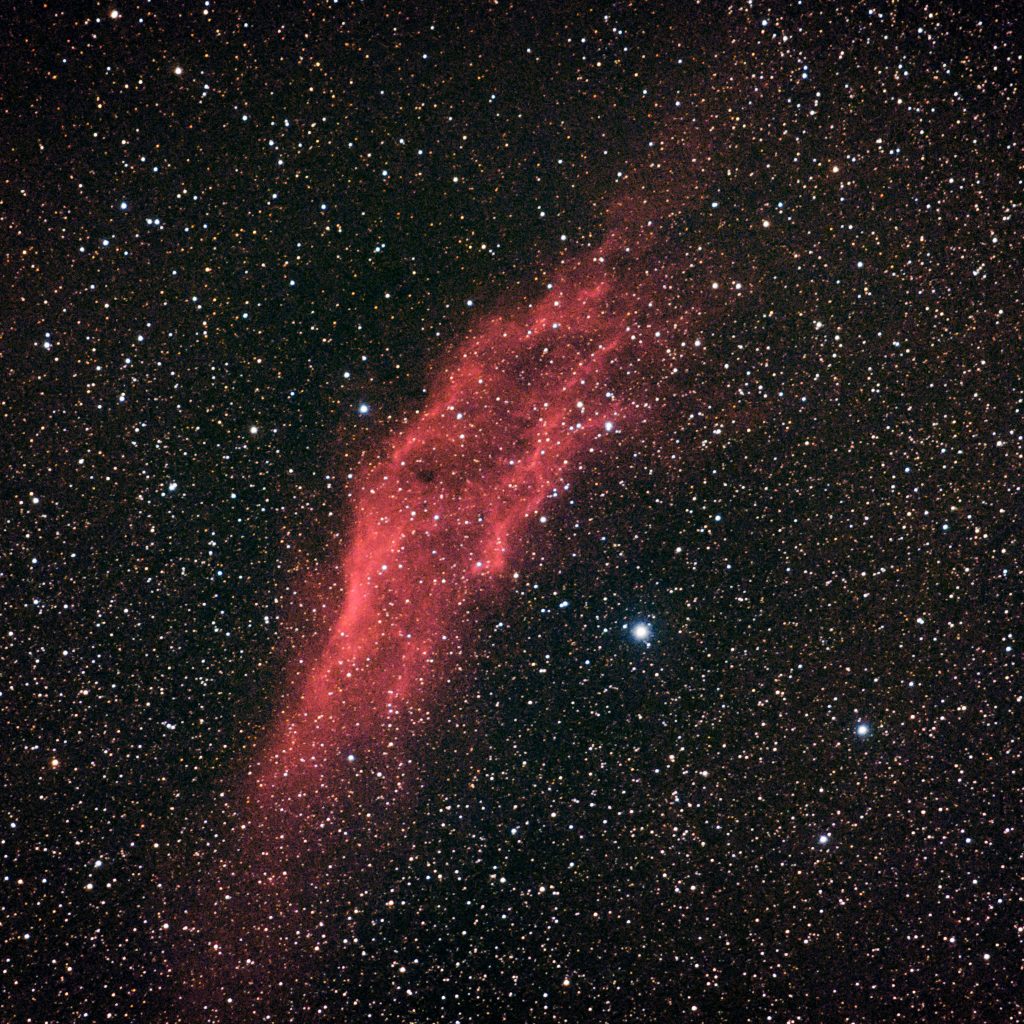 In the image above I used the R channel as the luminosity channel in the Lab color space, after converting back to RGB I added a layer of the original RGB image with the method “color” to regain the color of the red nebula. 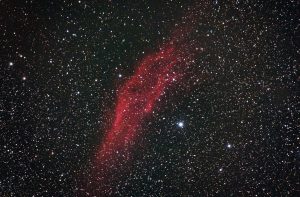 I used my Vixen Polarie as the mount. While the red came out nicely, the image is affected by a circular hot-spot in the center which didn’t go away with the flat frames. I have a hunch, that it might be related to the Hoya Red Intensifier filter which I used as a means to suppress light pollution.